The reintroduction of the Olympic games in 1896 promoted the interdisciplinary research of sport induced injuries. In the following years, Germany became the founding country of sports medicine. The sport medical development was decisively influenced by the international hygiene exhibition in Dresden 1911.

The success of this exhibition led to the organization of the first congress for physical exercise. During this congress the „German Reich Committee for the Scientific Research of Sports and Exercises“ was founded, which was renamed the „German Federation of Physicians for the Promotion of Exercise“ in 1924. This was the beginning of organized sports medicine.

In 1933, the “German Federation of Physicians for the Promotion of Exercise ” was renamed again, now into the “German Association of Sports Physicians”. This association was disbanded during the second world war and was re-established in 1950. Since 1951 the revised guidelines from 1925 for the qualification Sport Physician have been valid. In 1970, the „German Society of Sports Physicians“ agreed on modified guidelines for obtaining the additional qualification for Sports Medicine in their general assembly.

The first Sport Medical Outpatient Department was set up in the Soviet occupied zone in 1947. With the foundation of the „German University of Body Culture” in 1950 in Leipzig, the first department for sports medicine was established. The high value of sports medicine in the GDR became evident with the introduction of the specialist for sports medicine. The „Society for Sports Medicine of the GDR“ joined the “German Association of Sports Physicians“, which was renamed 1998 into „German Society for Sports Medicine and Prevention“.

Until today only one chair for orthopaedic surgery and sports orthopaedics exists in Germany at the Technical University of Munich. 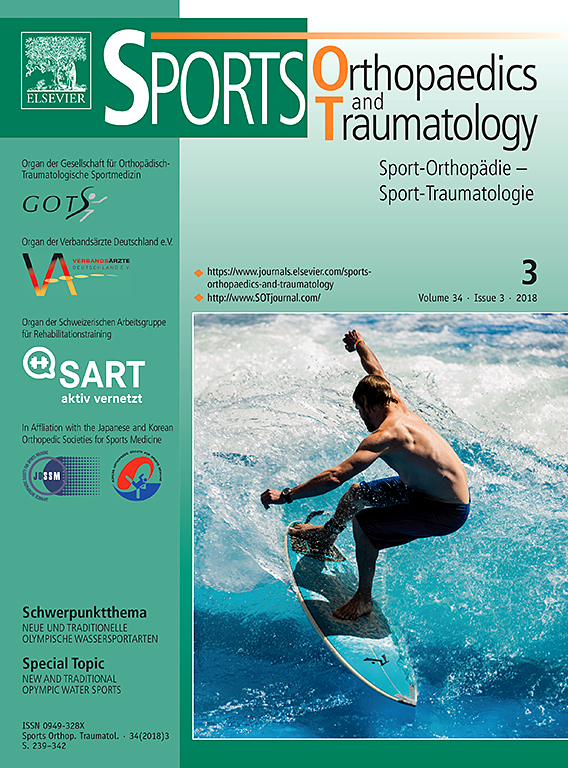 Instructions for activating your journal subscription >